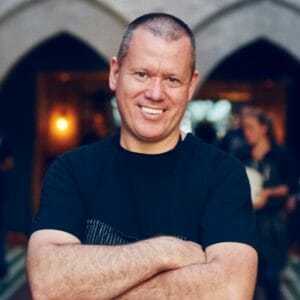 Growing up as a child in San Diego, Walter Manzke learned the ways of seasonal cuisine at a young age. The family table was filled with organic, farm-fresh vegetables surrounding his home. This approach to eating has stuck with Manzke throughout his culinary career.  In 1992, Manzke graduated from San Diego Mesa college with a degree in Business and Restaurant Management. Upon graduation, Manzke worked in many renowned kitchens in both Los Angeles and Europe, where he developed his signature style. He has earned a number of accolades, including a three-star review from the Los Angeles Times while at Patina restaurant.

In 2002, Manzke opened three successful restaurants in Carmel: Bouchee, Cantinetta Luca and L’Auberge Carmel. At L’Auberge Carmel, Manzke was named,” Bon Appétit magazine’s “Best of the Year” and one of Gourmet magazine’s “Top Fifty Restaurants in America.”  Manzke returned to Los Angeles in 2007 to take the helm at Bastide Restaurant where he earned a three-star review from the Los Angeles Times. In 2009, Manzke joined the team at Church and State.

In the summer of 2012, Manzke, together with his wife Margarita and his sister-in-law, opened Wildflour bakery and café in Manila, Philippines and have expanded to four more locations. In Los Angeles, Manzke has opened Petty Cash Taqueria and Republique. Most recently the Manzke’s opened a Filipino food kiosk, Sari Sari Store at Grand Central Market in Downtown Los Angeles.